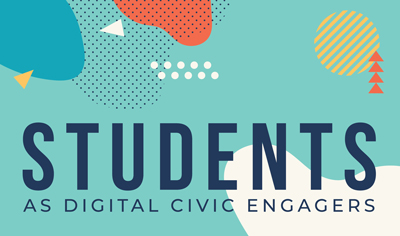 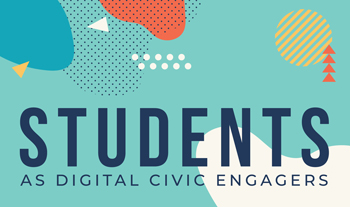 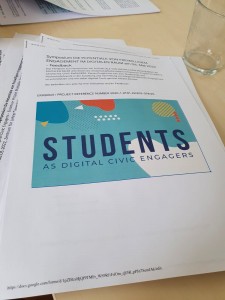 The multiplier event of UNIVIE took place at the Centre for Teacher Education at the University of Vienna. It was held on Friday 6th of May 2022 and started at 14:00 and lasted until 18:00 in the afternoon. A total of 19 local participants from different higher education institutions (HEIs) and organizations (teachers, students, program coordinators, stakeholders) attended the event.

The event started with a welcome and a short overview of the program by Sabine Freudhofmayer, team member of the SDCE project coordinator in Vienna. After that, Sabine Freudhofmayer introduced the keynote speaker Prof. Jeanette Hofmann, professor at the Berlin Social Science Center and head of the research group of Politics of Digitalization. Her talk was on the topic of digital democracy and what role digitalization plays in the civic engagement of young people. With her talk, she stimulated a discussion on teaching of digital competences in schools and HEIs among the participants. 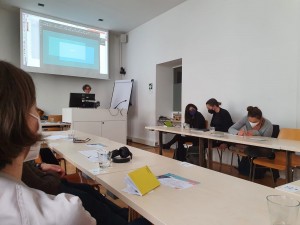 After another break, Sabine Freudhofmayer moderated a group interview with three engaged students in different projects at the University of Vienna. One student was a mentor in a program for newly arrived students and helped them to get familiar with the regulations of one’s study and the university life in general. Another student was a mentor for a writing mentoring program at the Department of Education supporting students in their academic writing skills. The third student was a mentor in the Intercultural Mentoring for Schools project, in which she regularly visited a primary school to support a school child with migrant background in learning. The students talked about their respective programs, how they became involved, their learning experiences in their role as mentors and what they valued about the respective programs. One of the student mentors said that by participating in the program, she felt that “your word can make a difference.” Professor Hofmann joined the discussion and shared her experiences with mentoring programs for academic writing carrying out online. This part of the program was the highlight of the multiplier event.

Afterwards, the participants filled out the evaluation form, which served as feedback on the multiplier event and the results of the SDCE project. Sabine Freudhofmayer summarized the main points of the event and wished everyone a pleasant evening. Some participants exchanged contact details and the engaged students asked if they could share the results of the project (in particular IO1 + IO2) in their departments and among their peers.

Insights and Recommendations for the SDCE project

11 participants took part in the feedback questionnaire. Five of them were teachers and five of them were students at HEIs in Austria. One person was a trainee for HE teachers and two were employees in the service sector of HEIs. Most participants found the event very interesting or extremely interesting. They also found the inputs and discussions either very relevant or extremely relevant. Most participants estimated that they will use the materials presented at the multiplier event in future and that they will recommend the materials to work or study colleagues. 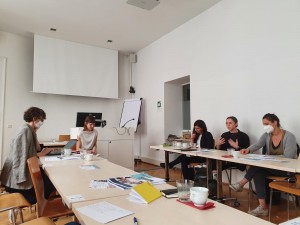 The participants particularly liked that the event was attended by a mixed audience of students, HE teachers and stakeholders. They emphasized the importance of the project topic on student engagement. Most of them found Professor Hofmann’s keynote very interesting and inspiring to deepen their understanding of the connection between digitalization, democracy and student engagement. Most participants liked the presentation about the project, its objectives and the project results very much. They reported that they gain valuable insights into the practice of student digital civic engagement through the presented case studies. They appreciated that the project made a connection between theory and practice, and this provided them with new perspectives on the topic of student engagement. Participants valued that students were actively contributed by talking about their experiences on student digital civic engagement at the University of Vienna. Participants also appreciated the atmosphere throughout the event and the respectful discussions and the fact that every opinion was acknowledged. They found that the organization of the multiplier event was very well done. 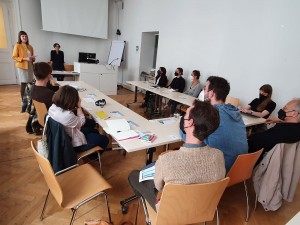 Participants appreciated the accessibility and structured format of the materials presented at the multiplier event. They valued that each material was available in two languages (German and English). They found the Guide to Digital Civic Engagement (IO1) very informative and very well structured. They further mentioned that the Digital Civic Engagement Toolbox (IO2) offered them a wide range of different apps that they would like to use. Moreover, the participants highlighted the colorful design of the materials, which they evaluated as very appealing. They found the materials very practical and appreciated their flexible use for different educational settings.